If a person suffers domestic violence at the hands of someone close to him or her, Florida Statute 741.30 allows for the victim to file for an injunction for protection in circuit court. Florida Law definition of domestic violence includes not just a physical violence or battery, but also any assault, aggravated assault, sexual assault, sexual battery, stalking, aggravated stalking, kidnapping, or false imprisonment.

The victim and the offender must be family or household members who reside together as if a family or who have resided together in the past as if a family in order to file successfully for a Petition for Injunction for Protection Against Domestic Violence (sometimes referred to as a restraining order). 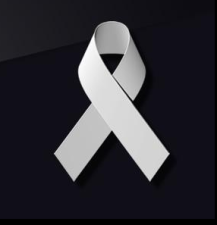 If a hearing is ordered, both parties will have a chance to be heard by the Judge concerning whether a Permanent Injunction should be entered.

Florida law requires that the victim filing for the Petition for Injunction for Protection Against Domestic Violence must have already been a victim of domestic violence or have reasonable cause to believe he or she is in imminent danger of becoming the victim of any act of domestic violence. Oftentimes this can present difficulty if the person attempting to file the Injunction has not yet been victimized and has to prove imminent danger to the Judge.

Typically, an offender is prohibited from contacting the victim, and from going within 500 feet from the location of the victim’s home and work.

If the parties have a child in common, the Injunction may address a parenting plan and timesharing schedule, and may also order child support to be paid for that child.

Within the Injunction, the Court may also order that the offender participate in a treatment, intervention, or counseling program.

If you have questions concerning an Injunction for Protection Against Domestic Violence, the attorneys at Fletcher & Phillips can help. Please contact us at 904-353-7733.

SIGN UP FOR A FREE 15 MINUTE TAX REVIEW
Attorney Advertising. This web site is designed for general information only. The information presented at this site should not be construed to be formal legal advice nor the formation of a lawyer/client relationship.